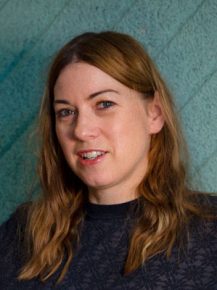 Heading up the department at MullenLowe London, Trudy is responsible for overseeing the output for all related moving image and audio content ranging from large budget brand global TV commercials to low budget online content and digital productions. The department is run on a ‘can do’ philosophy, collaborating with all parties to ensure that maximum production efficiencies and creative output are met.

Trudy has been in advertising production for 15 years initially starting her career at the BBC. She has worked as a producer at Fallon, Wieden + Kennedy, St Lukes, BBH and TBWA\London, where she headed up the Integrated Production Department before joining as Head of Broadcast in April 2012. Trudy has produced and exec produced a significant body of  TV and integrated productions  for clients including Nike, P&G, Unilever, Orange,  Nissan, Clarks, Ikea, Boots, Mars, E.ON, Adidas and Sony.