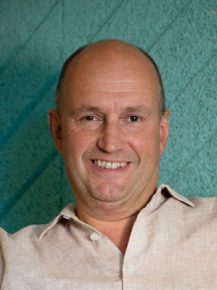 Tom is one of the world’s most respected advertising professionals. In 2000 he was part of the team that founded Delaney Lund Knox Warren, which prior to the merger with Lowe and Partners in 2010, and the subsequent merger with Mullen in 2015, grew to become the largest non-network agency in the UK.

Tom started his career at Delaney Fletcher Delaney under the tutelage of Winston Fletcher. After stints at Chiat/Day and AMV/BBDO he returned to DFSD Bozell in 1995 as Head of Account Management.

Throughout his time in advertising Tom has worked across a variety of business, including large multinational clients; Reebok, Coke, Gillette, HBOS, American Express and Pepsi. In addition to National Government projects for The Department of Health.

Tom is a longstanding member of the IPA council and has held the role of Honorary Secretary and Chairman of its Membership Committee, in 2015 he became IPA President.

A late adopter of the married state, Tom is enjoying inheriting 3 teenage stepchildren. He is a boringly optimistic Spurs fan.