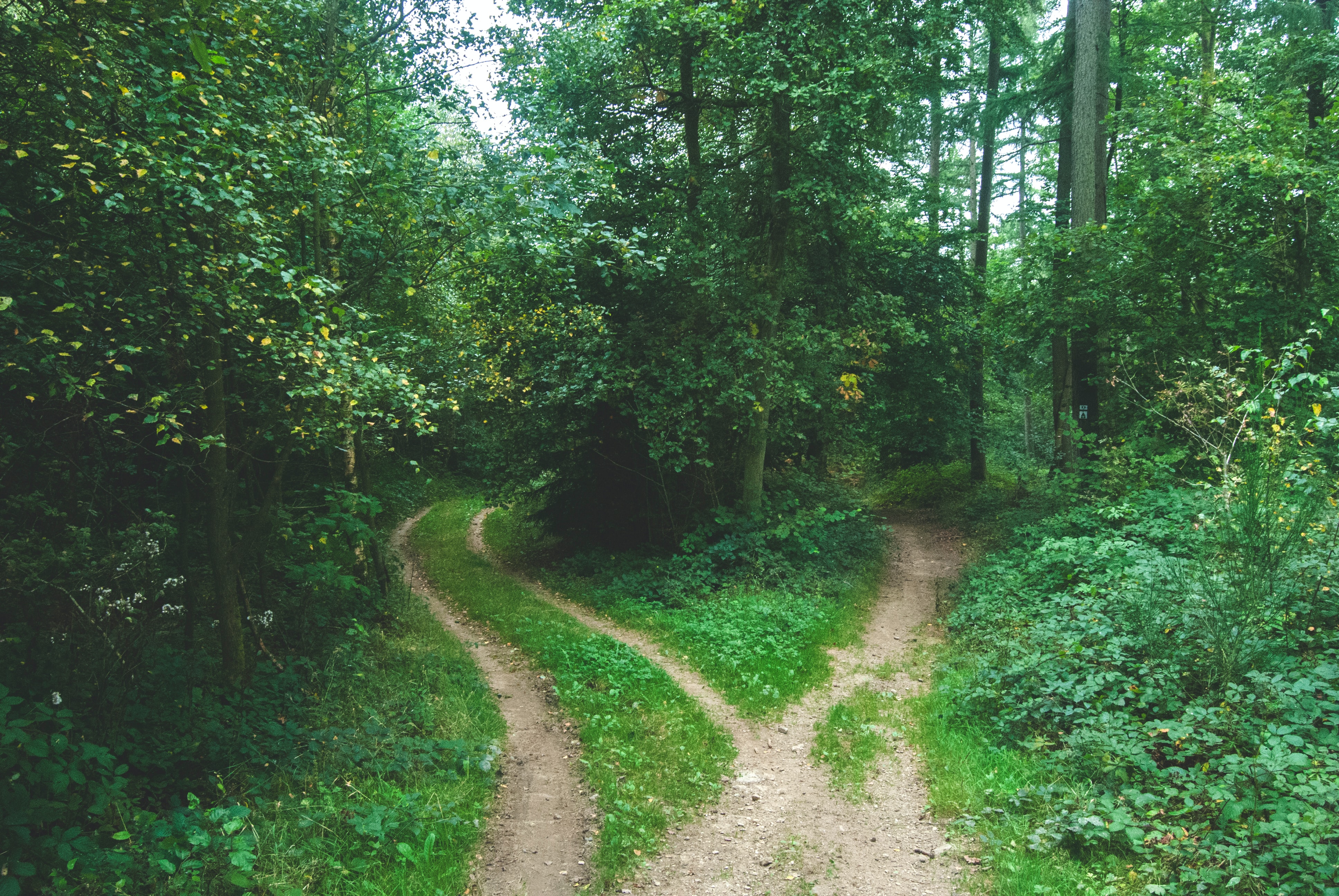 We have beaten new paths these past few weeks and many will serve us well in the future.

Anyone who has been taking their state-sponsored daily exercise recently can’t fail to have noticed the new footprints we are leaving – quite literally – in our parks and woods.

Unprecedented levels of human traffic means well-trodden paths are more obvious than ever and many of these so-called “desire paths” (the ones humans instinctively prefer rather than the ones other humans preordain for us) now enjoy the company of parallel lines approximately two metres or so to their side.

Desire paths are a time-honoured source of fascination for architects, human geographers and urban planners. The notion that you leave humans to find their preferred paths between new buildings and then – and only then – pave over them is ascribed to architects as varied as Frank Lloyd Wright, Rem Koolhaas and Klaus Humpert, and probably enjoys a tradition that predates them by several centuries.

New university campuses are often cited as anecdotal examples of this path-paving principle, although whether that’s because students are lazy or intelligent remains unexplained.

User experience and customer journey specialists sometimes rent the idea to explain what they do and perhaps it’s now time for us all to borrow the principle as we rebuild our own businesses and brands. We have beaten new paths through the advertising world these past few weeks and many of them will serve us well in the future at an industry, agency and even personal level.

Different agencies in different predicaments will choose to cement different behaviours, and rightly so, but by way of example here’s a handful that we’ll be paving over at MullenLowe – a mix of new habits that we really rather like and old ones we’re appreciating afresh.

Give everyone sight of the business problem

As an industry, we’ve become used to chunking problems down and deliberately reducing creatives’ line of vision. The past few weeks have shown us the benefit of taking the blinkers off, of letting the dog see the rabbit. The top half of the brief (objectives and audience) has always been the most important, but we’ve come to fetishise the bottom half (proposition, tone of voice). Another way of saying this might be: a commitment to outcome-led rather than output-led ways of working. On which note…

Across skillset but also worldview, and maybe even temperament (it’s become obvious during lockdown that some people need to ride with the peloton, for example). This isn’t just a matter of HR best practice, of agency culture or even of our industry’s stuttering efforts at more complete representation. Problems are more sharply defined and effective solutions more readily prescribed when inspected and resolved from different vantage points. The term “hyper-bundling” predates me at MullenLowe, but if all it means is the above, practised under one physical or virtual roof, then I’ll happily fly its flag.

We’ve seen clients place much quicker bets on ideas across the past few months, with stakeholder permission presumed rather than sought. And it’s been the same agency side too: cutting to the chase, setting egos aside, moving at lightning speed towards recommendations and, above all, actions.  May that spirit outlive the pandemic, with one condition attached…

There’s been more kindness and courtesy in society recently and it’s been my experience of advertising in lockdown also, despite the palpable pressures of re-resourcing and de-resourcing. People turn up for meetings on time, look out for each other, remind themselves to see the good in people and ideas before finding fault. It’s fashionable to advance the opposite theory, but my experience tells me that teams and ideas flourish in conditions of safety.

These are equally unfashionable in the era of activation, of “real-time” interventions and instant payback, but it’s irrefutably true that the more material returns on brand-building accrue over the long term and that a commonly understood platform (among customers and colleagues) is your friend; it literally tells you what to do, even if that’s a tactical inversion of an idea already engraved in our audience’s minds. We’ve rapidly repurposed Persil, for example, to promote home rather than outdoor play: “Dirt is good” giving way temporarily to “Home is good”.

Take what we do seriously, take ourselves less so

In the past few weeks, we’ve helped the government and the NHS save lives at one extreme and our other clients to do the right thing at the other (including nothing, if nothing was the right thing). We’ve submitted IPA and Effie entries that speak to the palpable commercial and social good that advertising does, whether that’s recruiting nurses or selling noodles. We should never forget that what we do makes a difference (or else: why bother?), but let’s do what we do with due humility and gratitude for the fun you can still have along the way.

What desire paths will you pave?