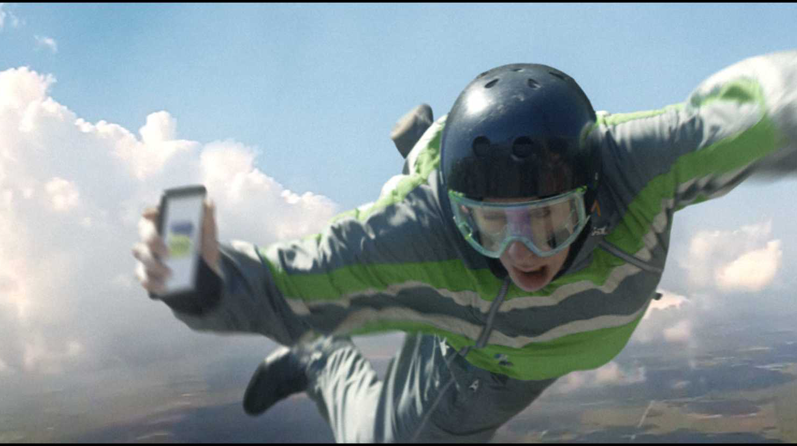 This week sees the launch of thetrainline.com’s brand new advertising campaign supporting the incredibly helpful thetrainline.com app. The campaign demonstrates that you’d be crazy if you booked train tickets any other way by irreverently celebrating everything that thetrainline.com app can help you with as well as everything it can’t, with the playful tag line “Brilliant for train stuff. Rubbish for anything else.”

The campaign highlights just how brilliantly useful the trainline.com app is in a smart and memorable way by pointing out everything that it isn’t in fact capable of. In a series of TV executions, we follow a man trying (unsuccessfully) to use thetrainline.com app to save him from various non-train-related situations, from wardrobe malfunctions to inexplicable IT problems and sky dives. The creative was devised by DLKW Lowe and directed by Tim Bullock of Hungryman films.

The TV campaign will first air with a 30” film on April 14 2014, focusing on thetrainline.com’s save 43% messaging. Additional content will be released throughout the year focusing on the benefits of with the app including live departures, platform information and save before midnight – a new extension on saving for last minute travellers.

Iain Hildreth, Marketing Director at thetrainline.com comments: “As more consumers are accessing information and purchasing on the go we wanted to communicate everything our app has to offer. We’ve always tried to bring a touch of humour to our advertising and I think we’ve really taken that to another level this year. Hopefully consumers will see that our forte really does lie within the train sector and unfortunately how, as much as we’d like to, we can’t help you out of certain predicaments. But thetrainline.com app can definitely help remove unnecessary stress in a train traveller’s life.”

Jamie Elliott, Managing Director at DLKW Lowe explains “ It’s always exciting to evolve a successful campaign for a stand-out brand.  thetrainline.com app is a wonderful thing, the train station behind a button on your phone, with lots of great focused functionality which deserves to be heroed in an honest and irreverent way.”