Locked-down advertisers ask: is it too soon for jokes? Posted on 27 April 2020 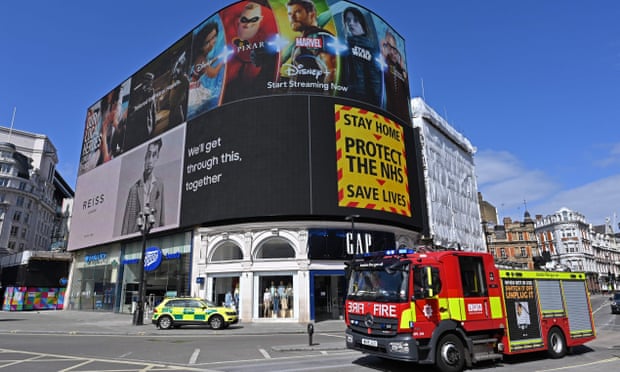 Brands seek to strike the right tone as they adjust to new rules of the pandemic.

Our UK CEO, Jeremy Hine, was interviewed by The Guardian on why brands need to strike the right tone during Covid-19.

With ad spending collapsing, the government has stepped into the void with its big-budget national public health campaign, which has become ubiquitous – especially on news websites.

“You need a short, informative message to get the public’s attention, certainly to resonate with younger audiences today,” said Jeremy Hine, the chief executive of MullenLowe Group UK, which has created the campaign. “‘Stay home, protect the NHS, save lives’ is like a wartime version.”

Following the prime minister’s calls to evoke a blitz spirit, the campaign has been designed to evoke the spirit of the second world war, when the public were told that “coughs and sneezes cause diseases” and the never released “Keep calm and carry on” poster was created.

However, Hine said brands should leave the evocation of war to the government and instead focus on reassuring the public with their advertising messages.

“Being Churchillian is fine for politicians – a rallying cry to lead and set policy, it makes for a powerful, engaging ad campaign,” he said. “But that approach is less meaningful for a brand. Advertisers that are doing it well out there are those like McCain’s ‘staying at home’ work, or PG Tips with the idea of sharing a cup of tea over Skype. They are putting an arm around you.”

This article was originally published in The Guardian.