MullenLowe Group’s UK CEO, Jeremy Hine, looks at the best creative work to come out of lockdown, including one fun distraction, one tackled taboo, and an inventive approach towards production

As the country prepared to enter lockdown in March, a meme circulated around Twitter that claimed Shakespeare, under Bubonic plague lockdown conditions, wrote King Lear.

It also claimed that the great bard supposedly took advantage of the Globe’s lengthy closure to write Macbeth and Antony and Cleopatra. Whilst factually incorrect information is widespread across the internet, these statements are in fact true. Shakespeare wrote his hugely successful narrative poems Venus and Adonis, as well as King Lear and many of his other well-known plays, while theatres were closed for the 1592-3, 1603-4 and 1606 epidemics.

For advertisers working during Covid-19, the works of Shakespeare set a high bar for creativity and productivity during this pandemic. While I very much doubt content produced over the last six months will have the same longevity as Shakespeare’s plays, there have been many examples of creative work that have captured the public’s imagination.

Here are a few notable highlights:

This first one inspired the public to get creative via social media, and was not created by an agency or client, but by the renowned Getty Museum.

What better way to get our lockdown creative juices flowing than a playful challenge to re-create your favourite piece of art using just three random household objects? Thousands of iconic re-creations were submitted that covered a full spectrum, from the well-composed to the hilarious, but many gave it a go.

This isn’t brilliant creativity in its typical form – there won’t be a Lion for the output. However, it does put a smile on your face, makes you feel good, and is an original initiative that has driven real participation and engagement. A canvas hugely enjoyed by all.

What a great distraction and tonic during difficult times. 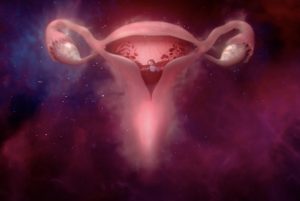 Viva la Vulva was exceptional and widely applauded, and rightly so. Following on from that was never going to be easy, but #wombstories is as good, if not better. I know this project will have started well before lockdown, but as it only launched this summer it makes the lockdown adversity cut.

Not having one as part of my anatomy means wombs are not something I know too much about, let alone the issues women have to encounter. But watching this film gave me some genuine insight and understanding.

I could clearly see the blood, sweat and tears (no pun intended) that will have gone into making this. The hours spent on the strategy and the research on how women feel, their emotions, challenges and much more. Translating the insights around these very sensitive and personal matters into a rich, emotive and beautifully crafted piece of film.

Live action, animation and sound work skilfully to handle the subject with humour, passion, heartbreak, pain, joy: a real roller coaster of emotions. The days spent writing and producing is obvious in the end result.

Thanks to #wombstories this often-taboo subject has certainly been given a voice – a powerful one, with meaning and hopefully empowerment too. 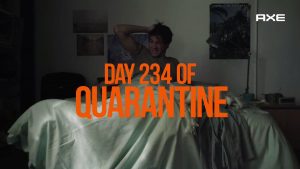 This last piece of work, which we created at MullenLowe, has two-fold creativity. Creativity as a piece of content, but also importantly creativity (or, to put it another way, inventiveness) in the way it was put together.

This film was written and produced in the early dark moments of lockdown, a time of great adversity from a production point of view. A period when we were all forced to stay at home and only allowed out for an hour a day. Thoughts of young men going out to engage with women were just a dream, but we wanted to be ready for when lockdown was loosened.

With film sets closed for the foreseeable future, a new approach was needed. Actors didn’t just act their part. Instead they had to direct, set up their locations, ensure their lighting was right and sometimes shoot it themselves, often on devices as simple as an iPhone. The director and agency team fed back via Zoom calls and if the actors didn’t have the right lighting or camera equipment, it was shipped to them.

This would be a piece of work anyone would be proud of in normal times, but due to the patience, tenacity, commitment and inventiveness of all involved, this is a truly great piece of work. Oh, and Lynx is selling like hot dates… oops, cakes. Sorry.

The Covid-19 pandemic has hit the advertising industry and society hard. Budgets have been slashed, productions have been heavily disrupted, and advertisers have been left uncertain.

However, as these ideas show, creativity is alive and kicking. Adland has risen to the challenge and produced creative work that engages, informs, entertains and generates positive business results. I’m proud to be a small part of this industry.

This article was originally posted in Mediatel