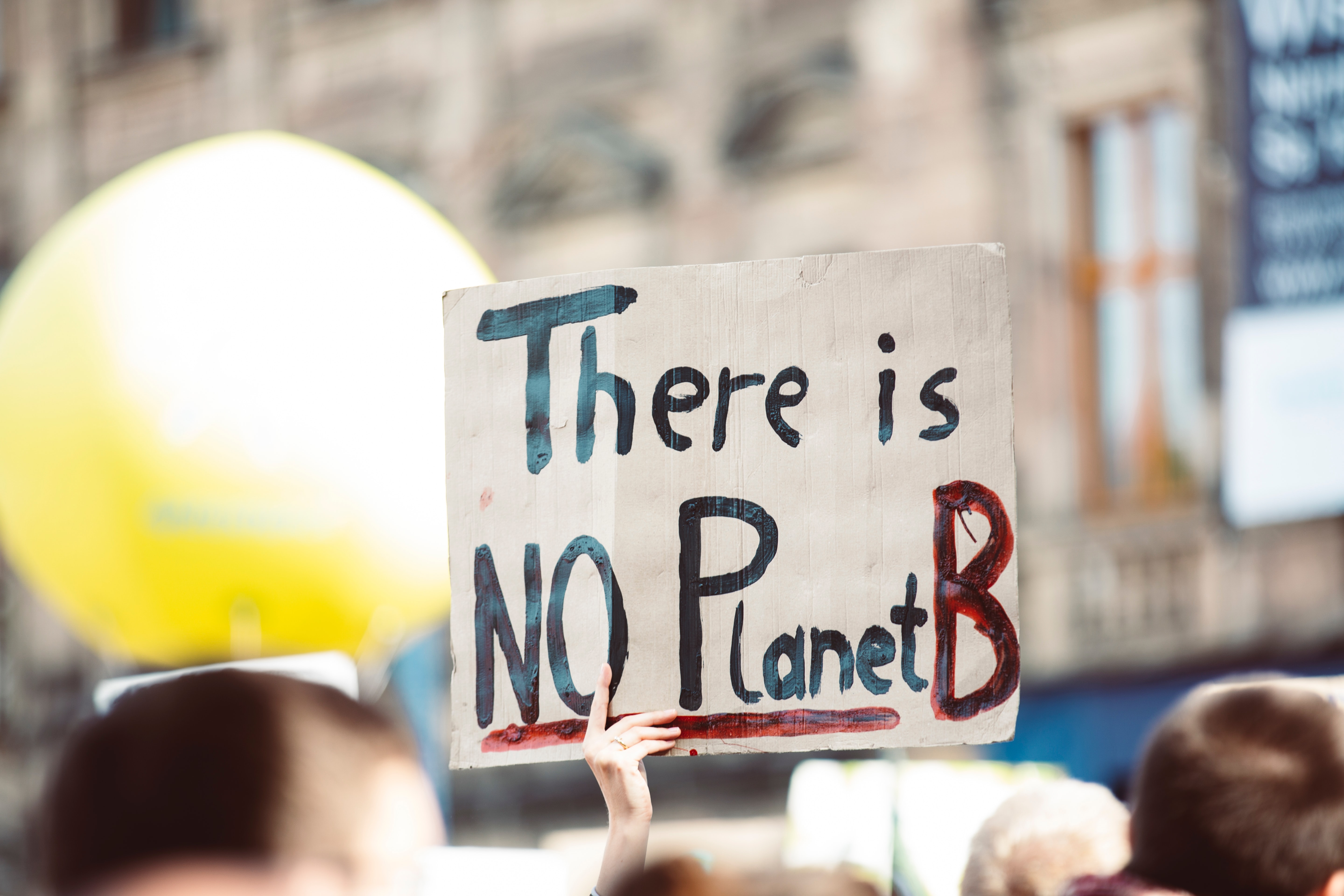 The start of 2020 sounded the alarm on a new brand safety issue: climate change denial. While brands say they’re working with platforms to stop their marketing dollars funding fake environmental news, ambiguity ultimately remains over who is responsible for defining, and policing it.

It’s not difficult to find videos rejecting the very notion of global warming on Facebook or YouTube. A search using the term ‘is climate change real?’ on the latter returns speeches from prominent climate change deniers such as Tucker Carlson and President Trump, nestled between talks from Greta Thunberg and Greenpeace.

In January, a study from activist group Avaaz revealed how some of the biggest brands in the world – including L’Oréal, Uber and Samsung – had been airing ads before and during climate change denial videos, aiding their rapid spread through the corridors of the internet.

In a landscape where Edelman recently found that 69% of people think advertisers should stop spending with platforms that publish ‘misleading information’ about global issues, this is a predicament that has presented huge challenges not only for businesses but also for the platforms they fund.

Harriet Kingaby is co-chair of the Conscious Advertising Network (CAN), a cross-industry group on a “mission to help the ethics catch up with the technology of modern advertising”. She says one of the biggest threats facing her team in the run up to the UN’s upcoming COP26 climate change summit in Glasgow is the spread of deliberate climate change “denial, lies and misinformation”

“Brands spend millions of pounds on brand positioning, and sustainability strategies,” she adds. “If their advertising is seen to be working in contradiction to that work, then those efforts are being undermined.

“COP26 is seen as a critical moment in the battle to keep warming at below 2 degrees… climate change so high up the agenda this year, brands would be wise to consider how their ad spend supports rather than undercuts what’s happening in 2020.”

For big spenders like Unilever and Coca-Cola, both of which have placed providence on brand purpose, it’s an issue is already on their radar. Both say the key to solving it lies in a constant dialogue with YouTube, Facebook and others.

“Climate change is the single biggest threat to humanity and all businesses,” says Luis Di Como, Unilever’s digital media boss. “We all have a responsibility to tackle it. We’re working with the platforms and encouraging them to come up with a transparent and universal policy that is enforceable within their own walls.

“I have a close relationship with Google and Facebook and other platforms. I know the efforts they’re making in this area, but it’s up to them to communicate what they believe [the right course of action] is on this.”

Coca-Cola is similarly working in tandem with its digital partners to keep an eye on the situation. EMEA marketing boss Walter Susini told The Drum last week his team is ensuring the soda giant’s media buys live up to its newly-cemented brand promise to tackle major societal issues, including the environment.

Meanwhile, Lou Pakalis, senior vice-president of customer engagement and media investment at Bank of America has also waded into the debate on twitter.

“Climate change is a brand safety issue,” he says.

“While it can be shoehorned into existing brand safety guidelines for fake news in the short term, it’s more nuanced and layered putting additional burdens on advertisers to define, detect and determine if an adjacency is out of bounds.”

Where Pakalis sees it as an internal issue for brands to deal with, Avaaz, along with Greenpeace, is calling on YouTube to implement new policies that prevent the further spread of fake news.

Currently, Google doesn’t have a stance on climate change denial videos. Like Facebook, it enlists independent fact-checkers to verify claims made within its walls.

What Google does have is a policy around videos that contain obvious misinformation, such as ‘flat earth’ content. This includes placing ‘classifiers’, on videos its AI deems to contain misleading information, which ensure such content isn’t surfaced to people as recommended viewing.

This system effectively buries offending videos among the 500 hours of content that’s uploaded to YouTube every minute. Videos targeted by this tool aren’t content Google would remove altogether, but if someone did want to find a film about flat earth, it means they’d need to carefully search for it.

YouTube’s UK managing director Ben McOwen told The Drum in January that climate change was an “area of failing”, adding that there would be some discussion with governments on the issue.

“That’s where the debate has reached, society and the open Internet needs to decide where we want to draw some lines,” he continued.

Wilson’s take is that Google doesn’t see climate change as its arena to police alone; it wants consultation with other industries first.

However, it may need to hurry up: “Not having a policy on climate misinformation makes it entirely possible that the system will be abused, and that advertising will fund targeted climate denial that can threaten global commitments on climate,” argues Kingaby.

Marketers didn’t freeze spend with the YouTube on the back of Avaavz’s data (a move frequently pulled by those controlling the purse strings in encountering misplacement). However, the weeks following have raised more questions about how brands monitor their own media investments, especially online.

The past few years have seen traditional media outlets acknowledge the stark reality of climate change. In 2018, BBC changed its editorial policy warning reporters not to offer ‘false balance’ by including ‘deniers’ in its coverage. More recently the Guardian updated its style guide, asking that writers described the current situation as a ‘climate crisis’, it’s also stopped taking money from fossil fuel companies.

The recent Australian bushfires offered up some insight into the difficulty Facebook especially has in containing misinformation. Though numerous experts linked the vast scale of Australia’s bushfires to climate change, noting that unprecedented heat and drought created conditions for fires to flourish, videos from denial conspiracists still flourished online.

A BuzzFeed News analysis using social media tool CrowdTangle shows that during the worst of the fires, far-right, fringe and conspiratorial Facebook pages were enjoying unusual success by spreading content that misdirected blame away from climate change.

Danny Donovan, chief executive of Mediahub UK, which plans campaigns for the likes of New Balance and Netflix, argues that both platforms and news outlets have a responsibility to offer a balanced view of the world, but cautions that those who close down otherwise legal advertising categories for “moral reasons” risk “contradiction and “tokenism”.

“Banning fossil fuel companies from advertising seems laudable on the surface, but the ban could extend to airlines, car brands and other major users of oil. Undoubtedly that would cost the publishers millions of ad spend. But it’s not a principle until it costs you money.

“Equally, there are other contradictions that need to be addressed. Across the TfL network for instance, due to junk food restrictions, it’s not possible to advertise Coca Cola or McDonald’s, but alcoholic brands like Jack Daniels are not exempt. Given the amount of alcohol-related incidents, illnesses and even deaths this might be something which needs a review.”

This is where the real issue lies for brands: defining what climate change denial is. It’s easy to pull spend from YouTube if your product is appearing next to something illegal (like extremism) or graphic (pornography) but planting a stake in the ground on climate denial calls for a new set of rules entirely and a bold approach to marketing.

“Overall this adds to the narrative in digital media-buying where brands are becoming increasingly focused on the context and quality of their digital buys, of the brand safety concerns of where their brand is encountered, rather than just placing their ads in as many places as possible based on where their target audience goes,” he adds.