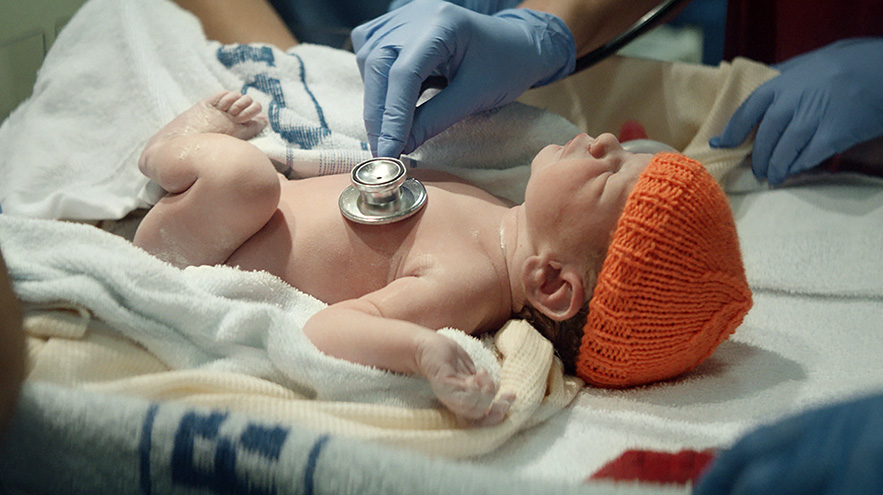 As health workers risk their lives on the front line treating Covid-19 patients, the UK’s passion for its National Health Service (NHS) has never run deeper. In this article, The Drum reflects on the making of MullenLowe Group’s ‘We Are Nurses’ 2019 campaign for NHS England, which recently scooped the coveted Grand Prix at The Drum Marketing Awards 2020.

The NHS is the “closest thing the English people have to a religion”. So sneered Nigel Lawson, who served as UK chancellor under prime minister Margaret Thatcher in the mid-80s. Fast forward more than 30 years and the sense of national passion for the jewel in the crown of the UK’s welfare state has only deepened in the midst of the deadliest pandemic in modern history.

Crayon-scrawled rainbows have popped up in windows of homes across the UK in tribute to the NHS staff putting their own health on the line to care for others.

Throughout Thursday evenings in lockdown, streets up and down the country have reached a clamorous crescendo as clapping, pots and pans and other DIY instruments have been rung out in appreciation of the NHS and other keyworkers as part of the ‘Clap for Our Carers’ campaign.

Initiatives supporting NHS charities (including a controversial Virgin Giving ‘Run for Heroes’ 5K challenge) have also sprung up. After being treated for a broken hip and skin cancer, 100-year-old World War Two veteran Captain Tom Moore quickly became the face of resilience in a crisis, completing a 2.5km walk around his garden and raising £30m for NHS Charities Together in the process.

Pre-coronavirus, the NHS was crowned as the UK public’s ‘most relevant brand’ ahead of Apple and Netflix, which should give readers outside Great Britain some insight into its place in society. 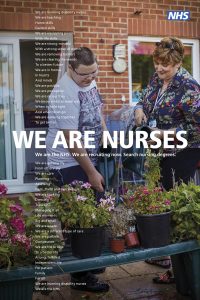 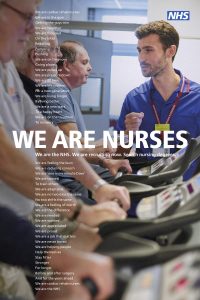 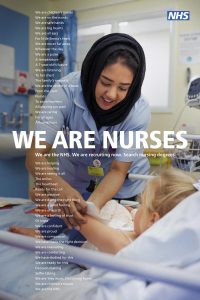 The agency charged with promoting (and right now, protecting) the NHS is MullenLowe Group UK, which has been pushing the ‘Stay At Home’ and ‘Wash Your Hands’ messaging on its behalf since the start of lockdown in March.

Last year, though, it was charged with a much simpler brief: to help recruit the kind of staff the nation is now collectively celebrating.

The result was ‘We Are the NHS’, a rousing call to arms that coincided with the 70th anniversary of the healthcare provider. The campaign tagline was written to encapsulate the national pride so many in Britain feel about the organisation.

Lovisa Silburn, the creative director behind the work, says the key theme emerged because the creative team kept coming back to Lawson’s quote.

“Our job was to make sure the NHS has enough staff to keep it going for the next 70 years.”

As a result, her team created several ads under the strapline to recruit for all areas of the workforce, the third of which was ‘We Are the NHS. We Are Nurses’.

The film at the heart of the ad (above), which was recently awarded the Grand Prix at The Drum Marketing Awards, shines a spotlight on real people and real moments from all walks of nursing life, including mental health nurses, learning disability nurses, district nurses and hospital-based nurses.

Shot on location in working hospitals in Margate and Ashford, the film even includes footage of a live birth – a first for a TV commercial – and was produced to show the huge range of rewarding opportunities a career in nursing can offer.

This article was originally published in The Drum