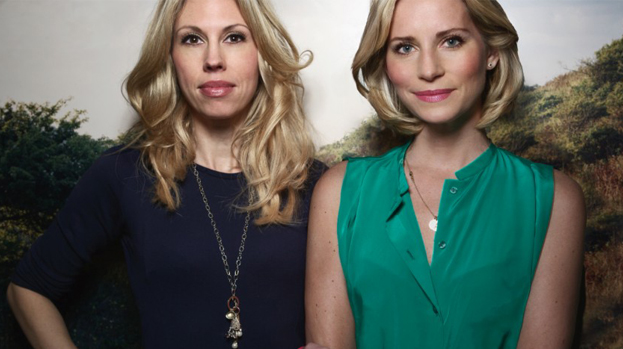 18 April 2014, London – DLKW Lowe announces the appointment of Creative Directors Amber Casey and Lovisa Silburn. The team are set to work across a number of agency clients and will report directly to Dave Henderson and Richard Denney, joint executive creative directors. The appointment is effective immediately.

Dave Henderson, joint executive creative director comments: “They have an incredible appetite for work, an infectious enthusiasm and a proven ability to write the hits…Rich and I are very pleased they want to make this their home.”

Lovisa and Amber originally met at DDB back in 2002 and, following successful careers creating hit campaigns for leading global creative agencies, the long term friends have joined together as a team for the first time at DLKW Lowe.

She has won numerous awards including a D&AD pencil and Cannes Lion for Stella Artois, a D&AD nomination for VW, Cannes Lions for Brawny Academy and BTA Arrows for T Mobile. Silburn also produced the pervasive T Mobile ‘Royal Wedding’ online film – the UK’s most watched ad on YouTube in 2011.

Amber Casey also worked at DDB where she won a D&AD pencil for The Guardian as well as Cannes Lions, British Arrows and Creative Circle Golds for the infamous VW ‘Bollocks’ viral ad.

She also worked at BBH and RKCRY&R where she created high profile work for British Airways, Cancer Research, The BBC, Land Rover, Oxfam and The Home Office.

DLKW Lowe has had a strong start to the year; in February and March respectively the agency won Ofgem and the British Heart Foundation; respected creative team James and Andy joined from M&C Saatchi, and success at the British Arrows for Marie Curie gave the growing creative department cause for celebration.