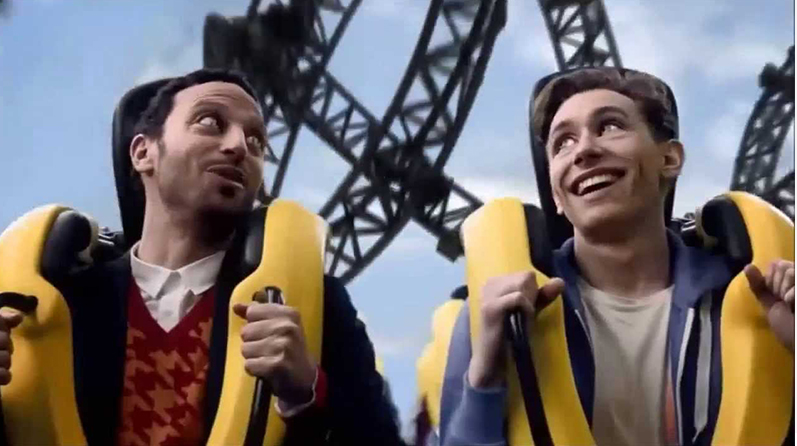 DLKW Lowe has created a new TV commercial for the launch of ‘The Smiler’ – the world’s first 14-loop rollercoaster which opens soon at Alton Towers after a record breaking £18m investment over the last 8 months.

The film, directed by Matthias Hoene and produced by David Stewart at Partizan, dramatizes an advocate of The Smiler converting fellow passengers on the ride.

The ad showcases a dizzying combination of extreme rollercoaster-inversions with twisted psychological effects – including optical illusions and blinding lights – which together are designed to marmelise the rider by messing with both their body and mind.

The spot was written by the agency’s Creative Director’s Dan Harrison and Jonny Watson and produced by Gill Loftus, with post production at Electric Theatre Collective. Music was composed by Ross Gregory @ AARDVARK SOUND and sound engineered by Joe Marsden @ 750.