To coincide with the 70th anniversary of the NHS, our new campaign focuses on the retention and recruitment of the next generation of nurses.

The campaign line, ‘We Are The NHS’, is designed to be a rousing call to arms. A line written to encapsulate the pride so many of us in Britain feel about the organisation.

The film will be seen on TV and in cinema. It shows real people and real moments from all walks of nursing life: mental health nurses, learning disability nurses, district and hospital based. Shot on location in working hospitals in Margate and Ashford, the film even includes footage of a live birth – a first for a TV commercial.

Mark Elwood, ECD, commented: “The NHS is a jewel in this country’s crown. Some creative ideas need you to dramatise what the product or organisation actually does. Our idea was an exercise in knowing when to get out of the way and just show the incredible work all of the NHS staff perform every day, every night, 365 days a year. Hopefully, we’ve achieved just that.” 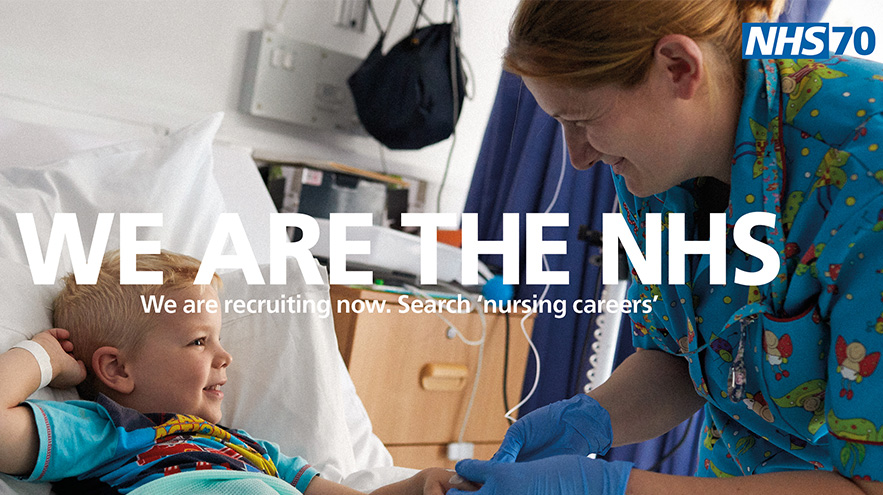 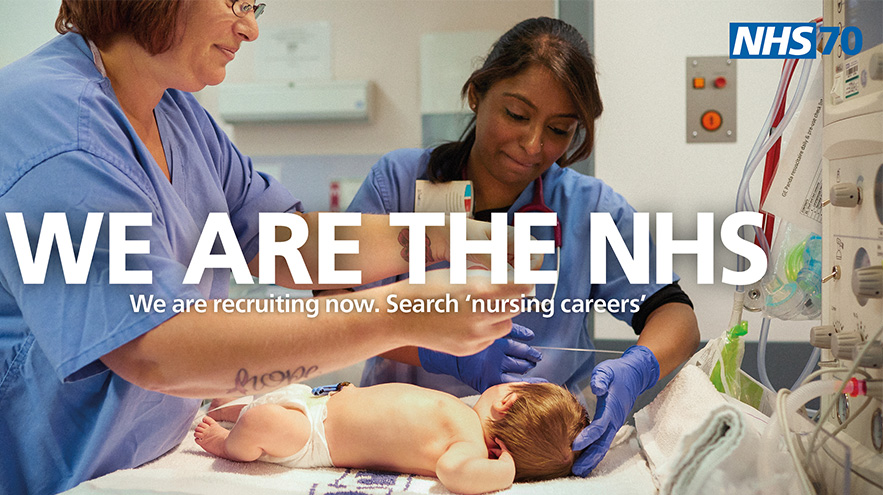 ‘We Are The NHS” is an idea deliberately written to appeal to every corner of the organisation. The second instalment of the campaign focusses on the vital work of IT and support staff within the NHS. It was again shot in real hospitals featuring real members of staff.