The British Heart Foundation (BHF) is putting its research breakthroughs centre stage with a new campaign. From heart transplants to genetic testing, ‘thank you’ celebrates the millions of hearts that are still beating due to pioneering research conducted by the BHF over the past 50 years.

A baby who has had heart surgery and a young woman with a pacemaker are just some of the stories featured in the campaign. The ads literally hero the hearts which through animation, each show their gratitude for different lifesaving research breakthroughs. The range of people that feature in the campaign help to show the breadth of those affected by heart disease and the importance of the BHF’s on-going research. Without continued support, the ‘thank yous’ will stop.

The work is made up of TV, cinema, print, OOH, DOOH, VOD and social media content. The ads were directed by Simon Rattigan at HLA and animation/post-production by The Mill. 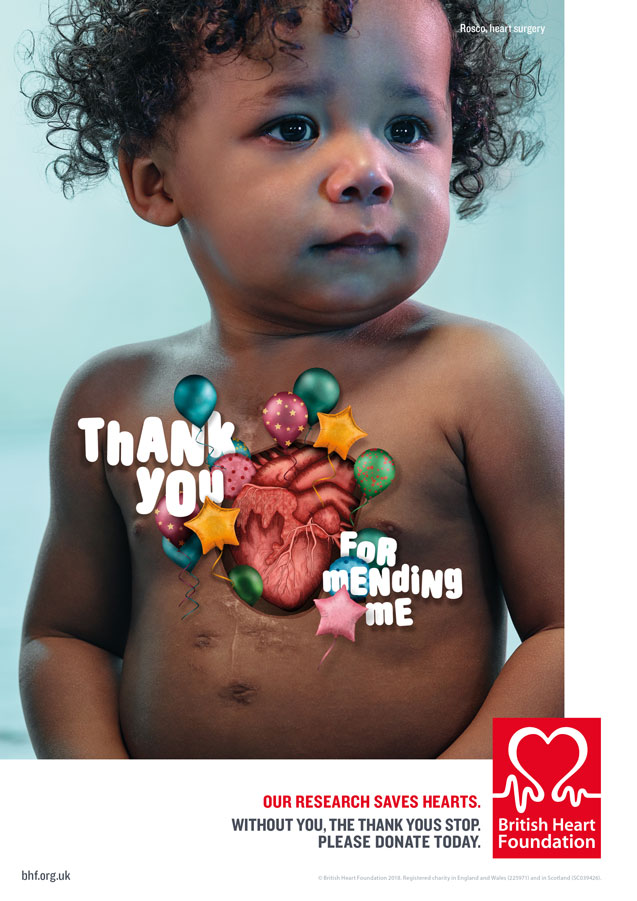